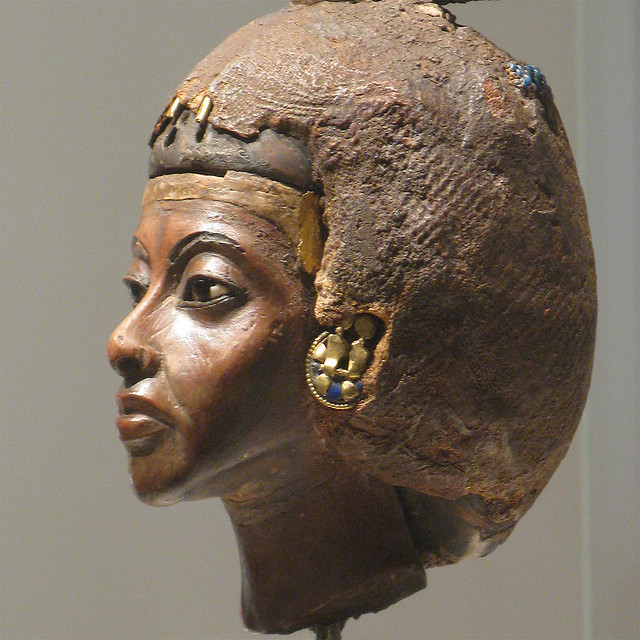 Queen Victoria had a formidable adversary in the impregnable mountains of what I can only guess to have either been the areas around Tanganyika (Modern Day Tanzania), or somewhere around the East coast of Africa (which could be as far as Kenya) or the North East of Nyasaland.

Queen Kabutu was a fierce monarch. She was rich and powerful and so terrible was her reputation that she was greatly feared far and wide and was never referred to by name but only as “That Woman Who Lives Over There” with a wave of hand towards the frowning hills. She had two sons, each of whom  ruled provinces under her, to the North and South Of East Africa.
According to this source (The Standard newspaper, Clarksville,  Texas, Thursday, June 28, 1888):

“She was particularly antagonistic to white men regarding them not only with abhorrence but with implacable hatred dubbing them as monsters, wizards and dealers in magic.”

The story states that no white man had dared to penetrate into her presence or, indeed desired to do so, because she always had them killed.

But Victoria’s Consul in Zanzibar decided he ought to interview this queen and set off with a strong guard and twenty interpreters. After a 4 day journey they reached the southern border of one of the Southern Prince’s territory. The Prince was a pacifist and out of curiosity agreed to receive the Consul, offering to put a good word to his mother.  The Consul was encouraged and proceeded on his way towards Kabutu’s heartland. A day later one of the Consul’s interpreter came to him in great fear, with news that they had received secret information from some friendly natives that Queen Kabutu  was building a dungeon with which to imprison and eventually kill the Consul. His servants and guards would be enslaved and tortured. On hearing this news, 32 of the consul’s guards deserted, preferring to flee into the thick trackless jungle than fall at the hands of Kabutu. The Consul was by then almost defenseless, but put up a brave face, and stubbornly decided to push forward. However, a messenger from the friendly Prince arrived and convinced him not to go any further, that his mother’s rage and fury at the white monster’s presumption knew no bounds and that she was already gloating over the varied forms of torture with which to punish him. The prince went as far as offering to risk his own crown to have the Consul transferred back to safety – with the journey to be undertaken at night. The Consul finally conceded and moved off the Prince’s neighbourhood. After miles of dense jungle he finally came out of Kabutu’s territory.

While it is surprising that there is no other readily available source on this heroine, the only other source I was able to find (that goes some way to prove that she did indeed exist) is this picture from the National Archives (UK) . Not even the other accounts of famous African Queens here or here (African Warrior Women)  mention her.

Which can probably mean one of a number of things:- Either that she was a violent isolationist who carved an image that repelled others from her territory, so remained relatively unknown, or she had another name (maybe was even the violent wife of an unknown King)? Else the name is mispelled. Otherwise it could have been merely all a legend, which is somewhat unlikely considering the picture of people supposedly in her land, the region being indicated as being in Malawi??

However, speculation aside, I’m resisting to consider that she may have been purposely omitted from history, so I’m more inclined to believe that her details exists in some archives somewhere (maybe in Tanzania, Malawi , Kenya or even Mozambique) but have not yet been digitized. What is also strange is that Malawi (near Mchinji), Zambia and DRC appear to all have towns named Kabutu??

The period in which she lives is likely to be around 1850 onwards, as the account above occurs in 1888 – when the article was written and about the time when Britian took over control of Zanzibar from the Germans.

Another unrelated source, Lyrics of Kabutu: Collection of African poems  provides a definition of the word Kabutu: