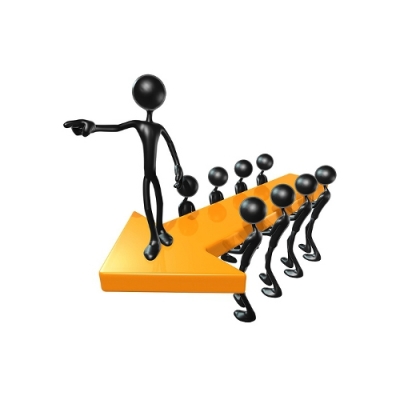 I wasn’t planning on writing this post. However, this morning, around 3am, while talking to a member of my family about my most recent trip to London, something happened that inspired me to write this.

In particular, how much responsibility should a leader (President) take, over the failings, misdemeanours and crimes committed by of his/her officials and followers– while in public office? In other words, to what extent is a leader to blame for his followers’ erroneous actions? And once that has been established, where does one draw the line between actions resulting from a clear and unambiguous order, and those which are unauthorised, devoid of an order, command or insinuation?

For example, presently in Kenya, Uhuru Kenyatta, the president-elect, has denied allegations brought by the ICC’s case against him over organising attacks on members of ethnic groups supporting Mr Odinga, violence in which over 1000 people were killed. In the absence of compelling evidence to the contrary, that implicates him beyond reasonable doubt, surely pushing through such a case would be questionable, wouldn’t it? If someone else gave the orders, surely they are to blame? Otherwise, could it have been the mobs acting in their own accord? Or maybe there was an element of bad faith?

None of these factors belittle the fact that 1000 were killed? But where should the blame rest? In any case, isn’t pointing the finger to Uhuru the same as saying George Bush or Donald Rumsfeld should take responsibility and be punished for the actions of their generals in Iraq, or for that matter, the abuse by US soldiers that was taking place at Abu Ghraib? But that’s not to absolve Bush or Rumsfeld from responsibility over the hundreds of thousands who have died in Iraq. No, thats not my point.

I know this sounds like arguing a thin legal-philosophical point rather than a political point, but even much closer to home, what evidence is there that Malawi’s current president, Joyce Banda is tactfully using the maize shortage [1 , 2, 3] in the country to win political support, as some newspapers appear to allege/ report [another source here]?  Do they have conclusive information supporting this allegation? Factual beyond reasonable doubt? Or is it baseless and unsubstantiated misreading of events? Mere speculation? In any case, how can anyone believe such speculation, when most people don’t even know — contrary to speculation — that most of the international trips the president makes are financed by the host countries, and not Malawi?

While propaganda on both sides of the political divide plays a role in influencing public opinion, sometimes leaders are unfarily and erroneously criticized when the most influential news sources are hostile to a regime, such that they report speculation, other than noteworthy news.

Thus, as much as I’d like to say leaders are ultimately to blame, as much as the responsibility rests with the leader –who should know what his/ her juniors are up to, I’m struggling to fully endorse the view that a leader is ultimately responsible for a crisis they didn’t create. When there is every possibility that there are others more prominent factors at play. Possibly dodgy types with ‘influence’ working in the shadows to orchestrate less admirable agendas?

It is true that mending this disconnect could result in a better, much more responsible government. Is it the leader’s duty to find the little leaven that leavens the whole lump? Absolutely. But can we say that just because there are some people with the wrong agenda in the leader’s circles, then the leader must pay for their negative actions? Doesn’t it depend on the specific circumstances?

Malawi, like most countries, has had its own fair share of a history of extreme violence and brutality against political opponents. From the 1983 Mwanza murders, through the 2011 murders of demonstrators,  to the death of Robert Chasowa, certain people have committed heinous crimes in an attempt to silence political opposition. In most of these occurences of violence, the president has been accused as being behind the brutality. While it can be extremely difficult to get to the bottom of some of such cases (including whether the orders to carry out the crime came from the higher echelons of public office), it’s the sad fact that there is often little evidence to rely on as to what really happened that’s troublesome. However, the events that follow those deaths (i.e. Police conduct) can be helful in shaping public opinion as to what really happened. Even then, it often remains shrouded in mystery, especially when those who stand accused are subsequently acquitted. In the case of Robert Chasowa, thankfully there was evidence that led to arrests. But other cases have not been quite as clear, which makes it difficult for a conclusion  (let alone a conviction) to be drawn. This, in my view, is one urgent problem that African leaders need to address. On one hand, you can’t accuse someone when there is no clear evidence implicating them. On the other, you shouldn’t give up on an investigation, or let it fizzle out and be forgotten because you have been unable to (or are not sufficiently resourced), to find what you were looking for. A president-elect with an ICC case hovering over their head is not exactly a good African story worth celebrating –and the leaders of Kenya should have cleaned this up even before the elections.

In my view, a leader’s role in times when there is speculation regarding the conduct of an official or suchlike is to order an investigation to find out what happened (or is happening). Once the findings are established, the leader must act to preserve the rule of law and maintain credibility to government. Irrespective of whether it is the vice-president who has been found to be at fault, or an influential member of the opposition party. Only then will democracy in countries such as Malawi work successfully for the benefit of both leader and follower.

1. Should leadership take the blame for staff errors?

2. Sata orders export of maize to Malawi despite hunger in Zambia

0 comments on “The disconnect between leaders and their officials”