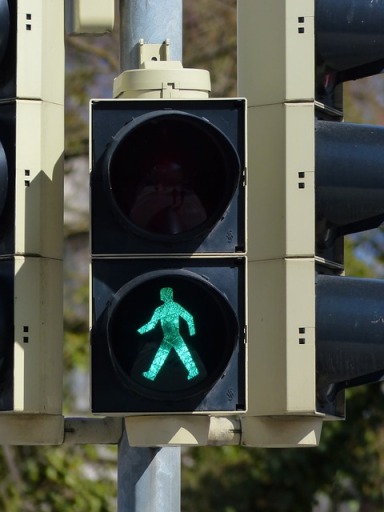 “It is the mark of an educated mind to be able to entertain a thought without accepting it” said Aristotle, the Greek philosopher. Irrespective of whether this profound quote is authentic and genuinely the wise words of the renown polymath, essentially it boils down to one thing: the notion that being receptive to other people’s views and opinions is a mark of education; a tolerance of another’s way of looking at a situation, facts, another’s opinions (or life in general) irrespective of your own opinions.

In a democratic society, this notion inevitably introduces an element of  conflict, which in parliament necessitates a call to a vote to decide which opinion (or groups of opinions) over matters of importance must be translated into policy, law and what have you.

However, while some of the opinions may be backed by some evidence,  the process itself is somewhat flawed as it arguably proceeds on a number of assumptions. Firstly there is the assumption that a  large (or at least considerable) percentage of the inhabitants of a land (country, jurisdiction, etc) agree on a particular course of action, when in reality they may not. Unless a referendum (which itself may not always provide the complete picture) is called, the reality may in fact be that the majority of the inhabitants (if we include those eligible to vote who didn’t bother to turn up in such a referendum) prefer an alternative course of action.

Secondly this process  is heavily reliant on the popular opinion or sentiment (which itself may not be well-informed, or accurately quantified). For example, how many people in the countries that have waged war against another can we realistically say have fully supported their politicians mandate to solicit approval from their country’s parliament to wage war, even when the basis for doing so was somewhat questionable (see more here), shaky or controversial (see more here – “The real reason for Iraq war” via The Guardian).

Finally, this process may be influenced by propaganda, which essentially is a tool for drumming up support (both informed and uninformed), irrespective of the ethical or moral implications surrounding the cause or core issue in question.

For example,a few years ago, the British government decided to increase the school fees that Universities are allowed to charge to home students. The inquiry into the issue can be traced back to the government of John Major, but eventually it resulted in Tuition fees increases in subsequent governments. But it was only recently that the House of Commons passed a bill allowing Universities to charge up to £9,000 in tuition fees. Inevitably, there have been demonstrations  in response [see more here, here and here], with tens of thousands of students taking to the streets. In one of these demonstrations taking place in London, up to 50,000 marched onto the capital. The issue of contention was simple. It was too expensive an expense, especially for poorer families to bear, even though the ‘debt’ would only begin to be paid once the students began to earn a sizeable salary. Then there were those who cited the poor job market, where thousands upon thousands of graduates find themselves being out of work for years after they graduate. They questioned whether increasing school fees wasn’t a gamble too high and risky to bet peoples lives (and future) on.

One really doesn’t have to be a rocket scientist to appreciate the validity of those views.  To me, the big questions are (i) Was there an alternative to increasing the fees exponentially, in the current financial climate? (ii) Was it a democratic exercise, in other words, if it were put across to a referendum, would the British people have voted in favour of increasing school fees? Or would the government’s plans be defeated? That’s besides the question as to why it wasn’t put across for a referendum in the very first place considering it is the children ( and families) of the voters who would ultimately be affected. Isn’t that the whole purpose of a democracy, for all to have a voice, or at least a say in how a country gets governed? Ok, there is a cost aspect of referenda that has to be taken into account, but in a world where polls are conducted everywhere from the high street  and outside schools to using bank cash machines, supermarket credit card machines and via online, surely it wouldn’t be that troublesome an exercise to undertake ‘referenda’ that use such channels (in addition to the historical polling stations) and are therefore slightly more accurate than those administered at polling station only. This would be especially possible in this age where fingerprinting technology is somewhat accessible. Similar things can be said about the ‘EU  referendum‘ issue that has currently gripped British politics

In Malawi, the new government of Joyce Banda once in office decided to devalue the Kwacha (the Malawian currency), in order to lure back donors into Malawi, who had withdrawn their support when the previous president refused to devalue the currency, leading to devastating effects. While countries such as China, whose currency is also artificially maintained, have resisted pressure to devalue their currencies, the new president claimed to have had no choice but to devalue the currency by 50%. All well and good, the petrol returned, the forex reappeared, but the prices of commodities doubled (and in certain cases tripled). Arguably the decision to devalue wasn’t a democratic process in that there doesn’t appear to have been a concerted effort to find another way. Who was consulted? Over what and for how long? Okay, it is fair to say that when a country is in a deep financial crisis, and there are shortages, decisions have to be taken quickly, but at what expense? In any case, medicines in hospitals are still lacking , in fact hospitals have been called ‘waiting rooms of death’, and most poor people cannot afford private healthcare.  And that’s before you take a look at the other problems plaguing the country.

More importantly, there is currently no transparency regarding the donations the government receives from Foreign donors, leaving the door wide open for mismanagement, fraud and corruption. There appears to be no independent auditing of the funds government receives from donors or other well-wishers, no accessible online portal, such as this ( see more examples here, here and here), that lists to the penny (or in this case tambala) where each of the money received in donations has gone. No wonder then some members of government have been accused (again and again) of corruption and mismanagement of state funds. But how can such be proved or disproved, when there is no transparent accountability systems in place which ordinary citizens can freely access or query?

So, essentially, a democratic process is being used to deprive Malawians of the money that has been donated to help them. And this is not new. During Dr Kamuzu Banda’s years, it was said that Banda’s estate ranged from real estate and agriculture concerns to investments in both local and foreign companies and off-shore accounts, and in 1999 was estimated to be worth $319 million (See here: BBC link). According to a blog that goes by the name Malawileaks, a lot of the funds are still unaccounted for. (other links on Banda here and here[Britannica Concise Encyclopedia])

Thus, it is probably fair to say that some of the money was in fact money that was made from institutions that belonged to Malawians. Yet even during such time, political manipulation ensured that it never got anywhere near its destination. Dr Banda wasn’t a private individual in the same way as say Aliko Dangote is, fully immersed in undertaking his own business interests whose money is separate from public coffers. Was it possible to distinctly demarcate the country’s money — which belonged to Malawi (and Malawians) as being distinctly separate from the money that belonged to him personally? Could it be proved that none of the donations Malawi received in the 30 years Dr Banda was in power, from outside donors, never found its way into his personal bank accounts? Arguably, Malawi was under a dictatorship, but does it then follow that the financial malpractice which could have occurred or had been committed during those years should simply be forgotten? Any possible fraud set aside, buried, primarily because of the iron fisted regime the man ruled Malawi with? Is that good enough? Isn’t that the same thing as saying it is possible to get away with crime in certain cases, if the crime  — which in this case is against the whole country, and fundamentally of higher importance — was committed years ago?

Looking at Malawi’s current budget deficit, shouldn’t the present government open an investigation into how Dr Banda made his money, and whether all of it was made in the honest course of business? Or  whether for example public contracts were awarded to Press Corporation, which could also have been awarded to other companies at the time, and therefore gave Press corporation an unfair advantage over other traders? Whether money donated to the country of Malawi was loaned to Press without following the due process and such like?

What about during the government of Muluzi, or Mutharika, what has happened to all the corruption cases (another here via Al Jazeera) that were opened to investigate anomalies or one accusation after another? If those have not been concluded, or are being frustrated by delays and other bottlenecks, why should anyone think the malpractice and financial mismanagement that is allegedly taking place in the current government will be investigated? Or even resolved? Doesn’t that show a weak (or at least powerless) judiciary? And a lack of will from the president, and her advisers?

Or is there something else going on that ordinary folk like us haven’t quite locked onto?