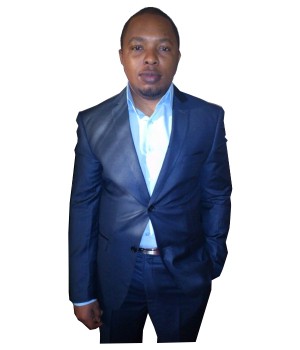 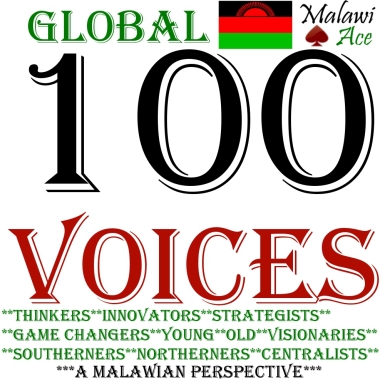 The idea of 100 Voices came when I realised that I couldn’t remember encountering an interactive global map (online or otherwise) that had ever profiled Malawians across the world over their views, aspirations, hopes and visions for their country. So, convinced that it couldn’t possibly be a bad thing, I decided, together with my colleagues, to create something that was a first step into such a direction. At that precise moment 100 Voices was born.

My first guest is a Malawian who works as a Developer / Digital Strategist in Johannesburg, South Africa.

Q1: As a Malawian, how important is Malawi’s Socio-Economic stability to you and your family?

Very important, I not only think about now, but also in about 5-10 years from now and how what we are doing today will impact the lives of the children and those that live in Malawi, stability helps in knowing that you at least can survive past the few days and also that there is a bright future ahead, I think it removes uncertainty

I don’t think we have gained much, mainly post 1994, I think our infrastructure is still the one Kamuzu built and we are failing to even maintain that. We are not as independent as we would like to think; where we can be self sustaining. We still rely on help from the outside to deal with things on the inside and this at times puts us in compromising situations where we have to dance to things that might not prove popular with the people and in the long run might not prove to be better for the country

Q3: In your view, what pressing challenges remain and what should Malawi aspire towards?

I think education still remains a challenge, not only being in class but knowing our land and our issues. Malawi could also move away from politics such that it is not a government ruled by parties but by Malawians. I hope that one day we will look at Malawi a Malawi government that is of the people and not necessarily label it as government of DPP or PP or UDF

I think more could be done to educate the people on what is happening in the world and how this in turn affects us  as Malawi as we are all in a global village, I think the media could really do a lot to help with that also, by showing our people how economic problems in the west also come back to impact us in the end.

Q5: As someone who has lived outside Malawi for a few years and hopefully been exposed to modern and progressive ideas, what things in South Africa have had the greatest impact on you, and why?

Unity, I have seen that as far as people might have opposing views as to who should be in government, they are united towards a common goal of a better life for all and this forces the leaders to work towards improving the lives of the people. People might differ in their political views but i think most still see things from the same perspective.

Q6: What lessons do you think Malawians and the Malawian leadership can learn from those ideas?

Malawians need to work towards a common goal instead of always tearing each other down because of political affiliation. Leaders need to show that they can work and support each other towards a better Malawi and in turn be leaders that are role models. It is only in showing that there is a common interest in making Malawi better then will there ever be change.

Q7: If you have recently visited Malawi, what struck you most as the greatest sign of improvement or development?

I think the communication sector has grown a lot, you see a lot more people with cell phones etc.

Q8: What struck you most as the biggest sign of stagnation or regression?

Infrastructure, the core Malawi is still the old Malawi and I think government and the private sector has done very little to expand towns and improve on spreading the congested townships. Blantyre is bigger than where everyone is living for example and there is a lot of land that is still under-used. You could say for example that the CBD of Blantyre is only between 2 roads that are not so far from each other.

Q9: Malawians will be going to the polls in 2014, to elect a president. In your view what kind of leader does Malawi NEED, considering the country’s current challenges?

I think we need a leader who is bold and has a vision; bold meaning that he will be able to make the difficult decisions that need to be made in order to steer Malawi out of the troubled waters and also be able to withstand the criticism that comes with making difficult choices, and vision is clearly the goal and idea of what Malawi must become. Those aspiring to be leaders must say how they will help in driving progress forward.

Q10: Specifically, how should that leader approach the top job in terms of sustainable development and reducing aid dependency?

I don’t think that is up to the leader alone, that is for the whole of Malawi to develop Malawi, I don’t think it will take one person to develop Malawi, they can certainly be an inspiration but when you have 15 million people I think each one of those people can do their part in developing Malawi and reducing donor dependency. If we have enough food and become an exporting nation then we can be able to have enough money to become truly independent; That is not the job of one person

Q11: Looking at the problems that have plagued the tobacco industry – which is our biggest source of export revenue– in recent times, what alternatives do you think Malawi has besides Tobacco, and why are they viable alternatives?

Tourism and mining. We need to explore our land. The market has changed and we are relying on something that Kamuzu taught us. We need to be able to adapt our economy to the market demands. We need to look at what we have that we can offer the world. The world is not revolving around farming anymore.  We must operate businesses that will utilize Malawi as a whole

Q12: Considering our troubled history with donors and funders such as the IMF and World Bank, how do you see Malawi progressing from this relationship in view of the criticisms these organisations have received in the media across the world?

I think only by becoming financially independent, then will Malawi stop being desperate to be getting loans with conditions that might see us being desperate forever. There is no progression, just debt.

Q13: How do you think the government is doing regarding managing Malawi’s natural resources?

That is a tricky subject, I don’t think Malawi has reached its peak in terms of industrialization where it has used its natural resources the way everyone is talking about resources. We have been a farming nation all this time and the only mining that we have done is Mchenga coal mine in the north and uranium and all of a sudden we are talking about resources.  We don’t really use our water resources, we still rely on rain for crops, we are not really a mining nation.  We have forests  and we don’t really export wood like that.

Q14: Can the government do better to manage natural resources? If so how?

Q15: What is your answer to increasing transparency and eradicating corruption which is plaguing most governments across Africa?

I think corruption has come in because of hardships that people are facing and pure lack of knowledge. If the overall conditions n Africa were to be improved and people were living in better conditions than they are now, and there was better life for all then corruption might decrease.

Thank you very much for taking the time to talk to us.