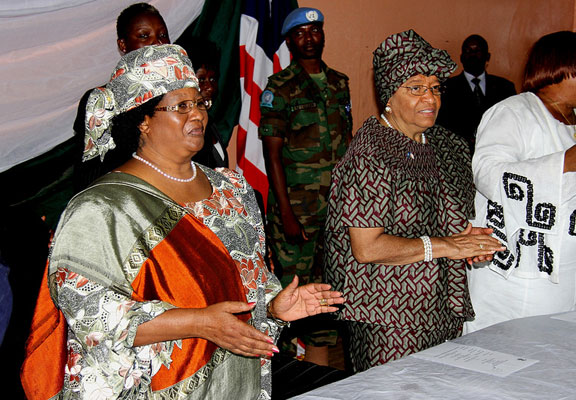 According to a statement from State House, the Malawian president has dissolved her cabinet, following  pressure from donors, civil society organisations, churches and Malawian citizens over the ‘cashgate‘ scandal. This appears to be a good move as the scandal has effectively become a black cloud over most aspects of life in Malawi, and has been met with much anger from concerned citizens who are increasingly seeing the pillage of state resources as grotesque and feeding a culture of impunity.

One would hope that Joyce Banda uses this opportunity to genuinely clean up the mess emanating from the ‘cashgate’ scandal, which has seen millions of dollars embezzled from state coffers by civil servants.

It will be sad if people are merely moved around government, or if some of the dodgy characters we’ve been hearing about in anonymous messages and ‘leaks’ on social media (some of whom already have known lists of scandals behind them in previous adminstrations) are recycled, or get away unscathed. For the international community including donors (some of whom are said to be withholding aid) to take Malawi seriously, it is a matter of urgency for Joyce Banda to root out all mercenaries!

Minimally, the ‘clean-up’ should not spare the wrong doers. It should not leave any stone unturned, and Mphwiyo must reveal all that he knows. Malawians must be told all that he knows. Joyce Banda must not ignore characters who ‘stink’ of wrong-doing (or even misconduct) and whose presence in the Malawian government undermines the task of good governance, which Joyce Banda has been a staunch advocate both at home and abroad.

Further, conflicts of interests end here, they end now; none of those nepotistic and shady deals any more, we must no longer have companies belonging to government ministers or their relatives being awarded juicy contracts!