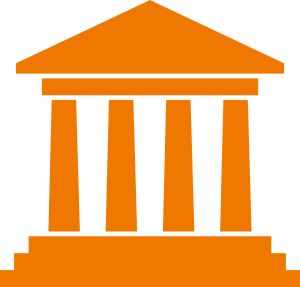 What does one make of professor Garton Kamchedzera’s claims that Malawi is experiencing a dwindling of legal standards?

Last week, during a sensitisation conference organised by the Malawi Law Society in Lilongwe, the lecturer said

During his presentation(titled ‘The Salient Failures of ethics for the Malawian Lawyers: Emerging issues in ethics’ ) at the conference, Kamchedzera said the legal profession was a calling from God, and so legal practitioners needed to be competent and comply with high ethical standards, so as to properly serve the public. He urged vigilance in ‘ reversing the country’s values through our decisive attitudes…’

This is a guy who in the past criticised Ken Lipenga and urged him to step down amidst massive corruption and fraud in Joyce Banda’s government. He has also said in the past that Malawi has leaders who like to be worshipped – an allegation I completely agree with.

What struck me this time around though is that he talked of ‘an already rotten society‘, saying the greedy behaviour of lawyers wouldn’t help fix such rottenness.

I’ve heard too many complaints about legal malpractice in Malawi and if you have dealt with lawyers in Malawi, it’s likely you too have a tale or two to recount, but that’s not what this post is about.

When I hear terms such as ‘rotten society’, the immediate question that comes to mind is not what does he mean by ‘rotten’, but instead, how did such a society become ‘rotten’? And, what’s keeping it rotten?

I’m sure these are questions which some progressives who would like to see a better Malawi will be thinking of. But assuming we all agree on what is meant by a ‘rotten society’, it seems to me that if you ask any knowledgeable commentator about these issues, they will identify one or more of the following as some of the causal factors :-

These are some of the most common I’ve heard, although I’m sure there are many others.

So the question then becomes, what can/ must be done about them?

Unfortunately, there are no easy answers here since money is a big part of the problem. If the government doesn’t have money, or can’t properly prioritize how to use its resources, very little will change.

Having said that, it’s very easy to place blame on the government (its true that they would need to take a leading role – since few individuals have the capacity and capital to orchestrate state-wide projects), but I believe it is the duty of every Malawian to know these lingering problems, and begin working against them on an individual basis. Having an honest, transparent and responsible government would help, but they are only a part of the problem. Having honest, transparent and responsible people is where it all begins.

This entry was posted on May 31, 2015 by Sang N. in Opinion and tagged culture, government, lawyers, legal, malawi, money, people, projects, rotten, society.