On Presidential Jets in Malawi: A case of misguided priorities 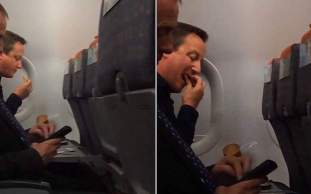 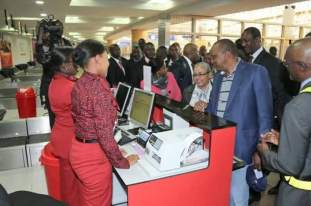 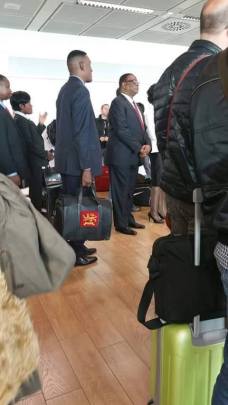 Mutharika Waiting in a queue

This morning , I woke up to see the following two updates on ther Facebook Wall of one well known political Activist in Malawi:

So you want your tax to buy a jet for the president instead of saving a life that is dying in the hospital. What kind of thinking is that?

I choose medicines in hospitals. I choose ending blackouts. I choose paying teachers and nurses’ salaries on time. I choose economic stability over the appearance of wealth- form without substance- some window-dressing game where the president looks rich when his country is poor.

I will never yield to the thinking that the president must preserve his dignity when he is running the country down into the gutter. Over my dead body. What nonsense!

First achieve economic stability, then you can think of your dignity. Otherwise, all you demonstrate in moaning about a jet here is greed and heartlessness. Let me hear you say again that you need a jet because you’re waiting on queues. Let me hear you again!!

Those feeling sorry for the president, and declaring their embarrassment at being Malawian because the president has to travel on commercial flights are missing the point. I am neither embarrassed to see this picture, nor am I sorry for myself or our president.

A competent president would implement policies to improve the economy so that his government can operate in fiscal comfort, thereby ensuring that the question of whether or not he should by a private jet is a non-issue. I am not embarrassed to be a Malawian when I see the president humbling himself. I have seen David Cameron travelling on the London Underground. I have also seen many Malawians praise Paul Kagame and Uluru Kenyatta for humble acts of travelling modestly. Yet today, because it is Mutharika, they are embarrassed. What hypocrisy!

The reason this president’s longing for a private jet is a matter of debate is because while he is failing to deliver on the promises he made to Malawians, he still thinks Malawians should pay for him to travel in luxury what they are sleeping in blackouts and their relatives are dying in hospitals that have no food, no medicine and no medical equipment.

The fact of the matter is that he should not even be travelling to these summits at all if it is embarrassing for to travel. He should stay at home, and work to improve the economy.

I shared the updates in the Facebook group associated with this blog, and among the comments were those from one Derek Kandaya who said:

The comments truly tell you where we’re at. Lol. Some are actually feeling sorry for this fool.

Kandaya was refering to the comments on the Facebook page from whence the image of Peter Mutharika originated, where some DPP Sympathisers were of the view that Peter Mutharika’s travelling by commercial aircraft as opposed to a government owned presidential jet is embarrassing to Malawi.

I responded to Kandaya that Malawi needed a cultural revolution, including better education, pointing out that those sympathisers either have ignored the clear failings of the current leadership, or didn’t know what responsible and conscientious leadership entailed.

My view is that better education will change/help reduce ignorance in as far as rightful expectations in a political context are concerned, although some of these things are so obvious, it’s just common sense. But unfortunately, the current levels /standards of Education in most schools in Malawi today do not contributing towards a society in which common sense reigns. It also doesn’t help that most Malawians have no idea what abuse of office is, because we shouldn’t even be having these kinds of discussions.

All true, umbuli is perhaps the greatest obstacle to development right now. It feeds all of our other failings. A lot of people in the comments really don’t understand(or are being deliberately callous, which may actually be worse) why a private jet should be the last thing on the mind of the president of a struggling economy. We have embassies (and, if need be, ministers who perhaps wouldn’t need such a huge entourage?) that can deal with most if not all the reasons for his foreign travels.

But until we are collectively educated enough to get this, our leaders will continue to have sympathisers and continue to get away with such ridiculousness.

If you have ever wondered why I share these kinds of updates on this blog, why I insist that the kinds of discussions in the political forums I frequent should be diseminated even on the radios onthe ground in Malawi, if you ever wondered why I’m at pains to flag sensible and progressive opinions (over the cleared misguided, idiotic and altogether senseless) far and wide, this is why.

At a time when Malawi is struggling, an ailing economy, a shrinking and over-taxed narrow taxbase, very little industry, senseless conditionalities from the Bretton Woods Institutions which negatively affect Malawians, looming drought as a result of the floods,  yet in the face of all this, there are DPP sympathisers out there ignoring all these glaring problems and talking about Presidential jets ???