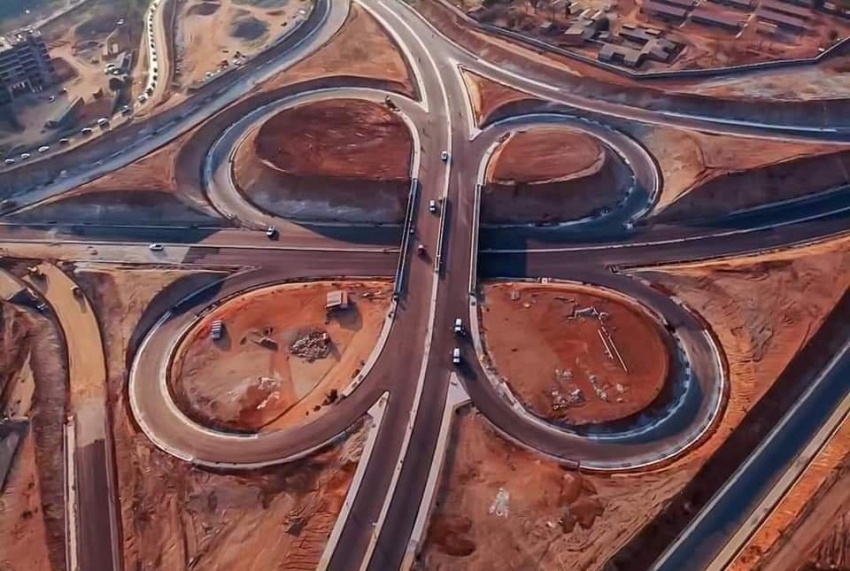 Call me a cynic, but sometimes the country of my birth baffles me to the point I wonder: Is this really happening?

And if you don’t know what I’m talking about, here’s a brief: Malawi’s capital Lilongwe recently saw the opening of a new intertwined road interchange, named ‘Area 18 Interchange’. And because nothing like it ever existed in the country before, loads of Malawians began talking about it. The excitement soon reached fever pitch, to the point people were going out of their ways to go to the location of this interchange, to see it with their own eyes and observe the traffic criss-crossing its roads. Malawi’s president even visited the site the other day and stated his government’s commitment to develop the country’s cities through construction of transformative pieces of infrastructure.

Now you might say thats not a big deal, people in the developing world get excited about all sorts of ordinary things which westerners take for granted. And you are right. But what irked me was the hero-worship that followed, in that some Malawians began to claim that the construction of the road is one of the major achevements of former president of Malawi Peter Mutharika.

At which point I snapped.

It’s just a road. A tiny road for that matter. that if you go to other countries, you’ll find bigger and much better intertwined junctions… its no big deal.

On a much more reflective note, other people rate their leaders on substantive material things they achieved in their lifetimes. Achievements of huge significance that impact thousands of people, in some cases literary changing the course of history. To give a flavour, how about ending slavery as an achievement, defeating Nazism, ending the colonisation of a country, developing a Nuclear Weapon, giving the vote to women, presiding over a large National Economic Transformation (The New Deal); ending Apartheid and becoming the first black president of South Africa, lifting over 800 million people out of poverty(as China has done) …

How ridiculous do you think Malawi appears, when faced with a list of such noble and grand achievements, we’re in some corner hollering and worshiping a former leader based on a tiny road interchange that was built under their watch?? In 2020?

Is that really how low our standards have fallen? Kamuzu Banda must be spinning in his grave…

Some of these people need to visit Durban, Nairobi, Kigali or Addis Ababa- to see what real development looks like …

Let me tell you what I believe. Its no secret that countries like Rwanda, Botswana, Malaysia, and South Korea were at one point in the 50’s and 60’s on the same level of development as Malawi. But unlike Malawi, they chose to develop and made significant strides out of poverty to become middle income countries. It was a deliberate and sustained intervention to match and be level with some of the best.

Now you might say our politics were different at that time, we had an inward-looking dictator more concerned with self-preservation, and you are right. But since the start of multiparty democracy, we’ve had 26 years in which to “catch-up”. But there’s been nothing to show for.

And yet, our contemporaries also faced innumerable challenges. Like us, they didn’t have enough money. Their people weren’t that educated. In fact if you look at where we are, we probably have more incentives to develop that countries like South Korea or Botswana had in the 60’s and 70’s. The difference is while we sometimes appear comfortable in our sorry state, these countries were not content with mediocrity or token gestures. I mean, when was the last time you heard of an aid organisation working to feed hungry children in Souh Korea?

These countries decided they needed to create economies that could stand side by side with some of the largest economies in the world. Economies that were resilient to existential shocks. And it is high time we did the same.

In Malawi, we have to be careful not to let our historical excuses and well-rehearsed pragmatism (the “Malawian standards” / “crawl before you can run” excuses), ending up being main obstacles in our path to development. I’ve said it here several times before, but we really have to raise the bar on what counts as development, and what is raw and unmistakable mediocrity.

Peter Mutharika (like him or hate him) didn’t do much to develop Malawi because he was not a transformational leader. There was no blueprint, no grand plan, no credible and actionable dream, no rhetoric to charge and fire up people’s imaginations. His leadership, busied by tribalism, corruption and deceit – left much to be desired, and there was more bluster than implementation. If you don’t believe me, just look at the promises that were made in DPP’s 2014 Manifesto and compare with what was actually achieved by 2019.

In Malawi, we say of undeserved promotions that “Anangogweramo” , meaning Mutharika just fell into it. It was an accidental selection, and he wouldn’t have ended up as a leader of a party and the country if not for his brother pulling him into DPP’s Politburo.

But this post isn’t about the Mutharikas and DPP’s woes.

Malawi has to start seeking capable operators who will move us forward as a country. We have to begin to seriously empower people who are qualified and know how to build and develop a country and have the force of character to deliver on promises. Osati zongochitikira mwa ngozi.

There’s another equally important aspect to all this.

If a tiny road intersection has got the whole country excited, what do you think foreign dignitaries will think of us, as a nation? What do you think they will report to their countries, as ways in which to pacify or otherwise impress our people? Imagine how all the ruthless and pushy countries, even a China omwewa will deal with us, when they know it takes very little to impress our people… ?

We have to press the reset button on what we regard as development. Toilets that look like ma sakasa, Airport terminals towoneka ngati khola la nkhuku, tima bridge ta make dzana… and yes your little interchange, they’re all not signs of development in the context of the 21st Century. Because there are such things as global standards, and we have to pull up our socks in this area and begin to match the rest of the world. Rwanda and Kenya are doing it, why can’t we?

In any case, how can you possibly attract investment in the form of a factory (say Chevrolet, Nissan or Kia for argument’s sake), or how can you seriously attract a tech giant’s assebling facility (APPLE, IBM, HP, MICROSOFT) and compete against the likes of Ethiopia or Kenya – who have impressive infrastructure and who are doing far more to attract foreign corporations to set up shop in those countries, when your own infrastructure leaves plenty to be desired?