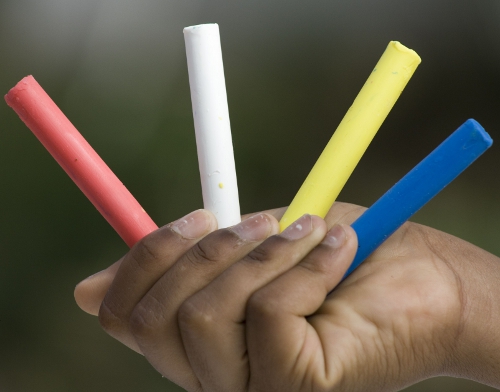 Why you wonder, would a blog that was designed to have everything to do with Malawi (and to an extent Africa) include content on African-American inventors?

Well, unfortunately there’s no short answer to what you will find is a difficult topic.

Firstly, as was reasonably well-articulated here, the structured education which most black people ‘receive’ (note that I make a distinction between the education that is given, from what is ultimately received) whether on the continent of Africa, or elsewhere, is – in my view, neither inspiring to their identity, nor designed to cater for their needs.

Not that it needs to be such, but there are many advantages in it being such, one of which is to do with Self-esteem. At first this  may sound like a generalisation far removed from the subject of this article, but as you will see below,  it isn’t.

Secondly, allow me to refer you to the opinion from someone who is not exactly an obvious stakeholder : the statement of Sir Sydney Kentridge QC (who you will know  represented Nelson Mandela in the  Treason Trial (1958–61), and later the family of Stephen Biko at the inquest following Biko’s death in custody on 12 September 1977) which he made recently on BBC Radio 4’s Desert Island Discs, here [free to download]. Towards the end of the recording,  Sir Kentridge, at 32:01 minutes into the podcast says:

“…And I must add this, although people say that  you can’t go on blaming Apartheid for ever, I think one has to bear in mind that the 40 years of Apartheid which included for example a deliberately inferior education for black people in South Africa is going to have an effect that may take two or three generations to eradicate, so I’m not a pessimist about it , but … its difficult to avoid some feelings of disappointment …”

Aha! Nobody could have put it any better, and I’m most grateful it came from someone with his credentials. A different source [Michigan State University] introduces the issue in this manner:

“The impact of apartheid on black education was profound. Verwoerd’s 1953 Bantu Education Act established an inferior education system for Africans based upon a curriculum intended to produce manual laborers and obedient subjects… “

My response to this is that it’s not only South Africa that has been affected by this practice, or indeed in this way. Instead, it’s happened almost everywhere, globally, where not only a millennium of hardship and servitude  left the legacy of a broken continent, and there are schools out there, which are guilty of such a practice.

However, aside from the why, where, when and such inquisitives, what is the legacy or long-term effects of similar practices undertaken elsewhere, some of which may have been undertaken covertly? Or are still, presently, this moment, being undertaken?

With reports such as this, where a 19-month civil rights investigation found that the Los Angeles Unified School District was failing to provide equal education to English-learners and Black students, what else was happening elsewhere which the world [ or at least the black community, which arguably had everything to lose] didn’t know about? What long-term effects for example did colonisation have on Education outcomes and job prospects of Africans?

As someone who knows many black parents whose children are minorities enrolled in schools where the majority are white students, the tales that strongly hint of an inferior education are only too familiar. I’ve heard it all, from the teacher who tells a 11-year-old black girl that she should aspire be a social worker, to  those of teachers who dismiss an assertive young man as ‘difficult, disruptive and having an attitude’, I could give you many examples which in my view (as I remember to have been the views of the parents of these kids) is clear evidence of a  ‘misinformation’, bias or at least a questionable way of teaching or advising black kids.

In Malawi’s case, colonisation did in fact create an element where the powers that were in charge at the time insisted on a less than average education [Reference to be provided here shortly], so much so that at one point a complaint was made against the  white principals & teachers of a missionary school, who diverged from this ‘understanding‘ and instead worked to provide a high-quality standard of education to students at Livingstonia Secondary school, in Northern Malawi. [Reference will be provided here soon].

So, what effect will such have in the long run, assuming we are all in agreement that it couldn’t possibly not have an effect?

Well, it’s anybody’s guess, but comparing some aspects of South Africa against other parts of Africa, to say that Africa’s education levels (and thereby jobs prospects which influence the peoples standard of living) will improve anytime soon is in my view being over-optimistic. It will take years, maybe hundreds of years….

However, there are certain things which can be done, and which could sow the seeds for improvement of the situation. In my view, the very first of these includes highlighting African Achievement, from both a historic and cultural perspective.

As the video on “Educated” to Feel Inferior cited above shows, many Africans grow up thinking that they are not good enough, that their continent and their country folk are inferior. As someone who was born in Malawi, I know this is true. The vibe – without a doubt – was always that Africans must look up to the white man for help, for aid, for support, for development, for clothing, for technology, for money, for ‘salvation’. I’m quite sure that I’m not the only Malawian who numerous times heard people expressing with awe / wonder during conversation,  and in chichewa, that “Nzungu, ndi wa nzeru” (The white man is smart)

Besides  being a result of the deliberate destruction of African civilisation and ways of doing things; besides the colonial practice of prohibiting independent trade, in Malawi – the thangata system [watch video here], this inferiority complex is one consequence of both a bad education (or ‘deliberate mis-education’ as Sir Kentridge opines), and the harsh treatment Africa as a continent has received over its colonial and pre-colonial history. There are other factors at play but think of the inferiority complex as a dreg of slavery, a product of the literal and non-literal  definitions that connects all things unpleasant with the word ‘black’, that all things African must be backward, basic, lacking culture, dark, brutish, monstrous, dirty, generally not good.

Which is how I draw the link between my title to the Self-Esteem,  because in my view, changing the educational system, and giving confidence to black and Afro-Carribbean students must invariably involve shinning a light onto their heroes, or at least those who over the years have made significant achievements that have contributed to society.  It must involve instilling in every child a belief that they are good enough, capable, beautiful, knowledgeable, clever. That they have an inherent talent and if they work on themselves, they can be just as smart.

And since most such heroes exist in Black American history, in  great grandsons and great granddaughters of former African slaves, where their resources, wit and determination enabled them to overcome the insurmountable hurdles of the day, to create and contribute to the evolution of innovative items, some of which have had a big impact on our lives since,  then their contribution has got to be relevant to the story of Africa’s advancement.

Thus, some of the most well known black inventors include :-

2. SELF ESTEEM? AFRICA LOOK INSIDE.

4. The Truth About Low Self-Esteem and How We Can Help Our Daughters Overcome It

6. Did The Slave Experience Cause Africans Low Self Esteem?

8. Zimbabwe: Victim of Low Self Esteem?