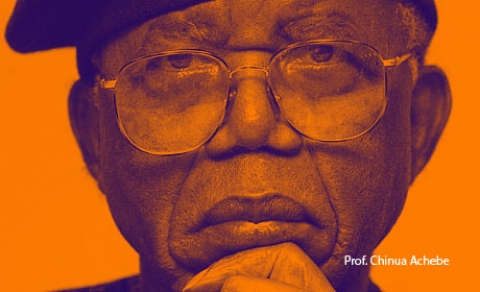 When the great Chinua Achebe rejected an honour from his country’s government, he is quoted to have said/ written :-

“I have watched particularly the chaos in my own state Anambra where a small clique of renegades openly boasting it’s connections in high places,seems determined to turn my homeland into a bankrupt and lawless fiefdom.I am appalled by the brazenness of this clique and the silence if  not connivance of the presidency”.

This occurred sometime in 2004, under the presidency of Olusegun Obasanjo.

In the human story, we’ll all meet all sorts of people; we’ll come across all sorts of views, agendas, needs, choices… In a democratic society such as Malawi, it is the Peoples expectation for the elected officials to be held to account; to be responsible and answerable to the people for their actions. That’s why they are elected in the first place, to be representatives of the people. They are not voted in to live lives like celebrities, aloof and disaffected by the Peoples grievances, even though most, across the whole of Africa, end up doing so. Whether the justifications for some of their actions could be said to be sensible, reasonable, even logical, is anybody’s guess.

While I acknowledge that the present administration in Malawi inherited quite the broken country, and while it is important for there to be reliability in the transport systems a minister uses in their duties and services to the country, how justifiable is it to spend over $4 million to buy expensive cars for government ministers, even when there are many schools across villages in Malawi which look like this:

Already there has been many complaints , including one from the Center for Social Concerns, a Roman Catholic body, which was quoted to have put out a statement that included the following:-

“This is a blatant case of impunity, exemplifying misplaced priorities and a failure to emphasize with millions of hungry Malawians”

“Looking at face value, it appears to be making economic sense technically. However government must come out clean from the outset, on the rationale and mathematics behind such a decision,”

Shouldn’t the Ministers who are voted in by the same people whose children are attending these types of schools stop in their stride and think a moment, which between 4×4’s and functional schools, are a greater priority for the country? Wouldn’t functional schools bring the prospect of a decent standard of education closer for their constituents’ children? Isn’t that what political leadership is all about? Having a heart, determination, integrity and willingness to serve and improve the lives of a community?

Regarding the cars, how about buying something cheaper? Or even second-hand, instead of spending $116,000 per car for 35 ministers? Land Rovers for example, are known to be reliable, heavy-duty, and rugged. They are built to be strong and for longevity. For less than $20,000, they could have purchased used cars such as this, and saved a fortune. In fact they could have saved over $3.3 million, if we cap the average price up until delivery of each Land Rover at $20,000.  There’s no glamour in Ministers driving Land Rovers, but why would you seek glamour when over 70% of your country live in Poverty? Shouldn’t the priority be spending the $3.3 million or whatever funds you’ve got on your poorest in society? Why would you seek glamour when your own people are facing  extremely difficult financial challenges, when some of the children of your constituents are studying under a tree, or are going to run down thatched schools not fit to be called schools? Without books, equipment…when there is high unemployment amongst your young people… This is the sort of thing Chinua Achebe would have protested against, if he were Malawian. I’d bet my life on that…

About 3 months ago, I was talking to someone who had just retured to England with his wife and kids from a holiday in Malawi. It was through the phone he said “Malawi is at this moment like the wild wild west, everybody is doing their own thing, there are many crooks about, and even people working in and with the government do not care, it’s all about allowances and what you as an individual can get out of it” I noted his words down. It was that heartbreaking and sad in a distorted yet funny kind of way, I had to.

Malawian ministers may not have the mandate in international law or politics that gives them the decision-making capacity to send battalions to Syria, to the DRC or even to Mali. But what they most definitely have is a mandate to ensure that Malawi is run responsibly and conscientiously with a view to preservation and growth of the economy, and not exploitation. It would speak of wisdom if they perpetually exercised that mandate.