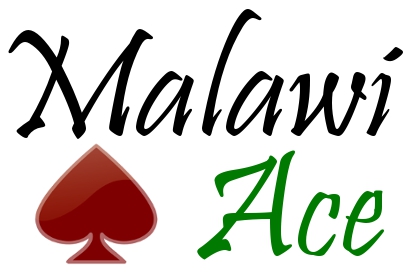 If ever the day arrives that Hollywood scriptwriters have run out of ideas and are in need of inspiration in the writing of a gangster / mafioso script, they should come to me. One place will give them that much-needed inspiration and more:- they must look no further than the small African country of Malawi.

Interesting events have been unfolding in this country in recent months. Dubbed ‘Capital Hill Cashgate scandal‘ – a media storm has revealed that at least $250 million (a quarter of a billion dollars) has been embezzled by civil servants, government officials and ministers of the state since 1994, culminating with the assassination attempt of the Treasury budget director Paul Mphwiyo.

At the helm of government when the most recent stories of embezzlement and armed violence were happening is Joyce Banda, Africa’s second female president, who some Malawians say is implicated in the scandal and must resign. Joyce Banda recently reshuffled her cabinet, weeding out the former Justice minister Ralph Kasambara – who as of today (8th Nov ’13) we are told has just been arrested(see another source here). Joyce Banda has recently also said that she is fearing for her life because she has received death threats over her actions in trying to end graft within government. Whether she is indeed implicated or not is indeterminate – but social media circles have been full of speculation and suggestions that she is implicated through her sons, Mphwiyo and Owsald Lutepo.

On this blog I’ve written a lot about Joyce Banda, praising her triumphs or positive points, questioning her decisions and those of her government, and criticising what I consider to be bad judgement on her or her advisers’ part. Whenever I believed she had missed an opportunity or thought ideas were lacking, I’ve helpfully made suggestions (see another here and here).

But what qualifies me to do so? Why should I write about the topics I write about? What’s the point when nobody in government is listening? 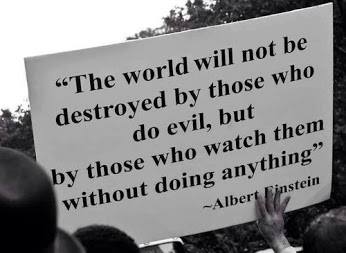 Well, first and foremost I am a Malawian national who desires to see my country of birth succeed, and so I have a right to a say in Malawi’s political or economic affairs, whether anyone is listening or not.

Secondly, I’ve been fortunate to have studied 19th and 20th century European and American history for over 8 years, which invariably entailed studying political figures-many of whom made some atrocious mistakes. This academic instruction was built on a foundation of African history – which I picked up in high school. I have also been following African politics for around 15 years, and have studied the likes of Mandela, Nkrumah, Hastings Banda, Nyerere and even Robert Mugabe. While I’ve studied modern African politics – comparatively, this has not been to the same depth and extent as European and American history.

In my private study, I’ve studied Military conflict, Politics, Economics and governance – from books on  The Spanish American Wars of Independence , William L Shirer’s The Rise and Fall of the Third Reich, The Economic Growth of Brazil: A survey from colonial to modern times by the much revered Brazilian economist Celso Furtado, articles on Communist China and even Pauline Gregg’s A Social and Economic History of Britain 1760 -1965 to biographies and memoirs: John F Kennedy by Robert Dallek,  Barack Obama’s Dreams from my Father and Rudy Giuliani’s Leadership and many other such texts. Indeed one cannot lead if they do not read.

In addition, I found myself born -with a highly inquisitive mind – into a family of politicians, where 2 of my closest family members were prominent Malawian politicians. One of them was my late father who was a minister of Transport and Communications in Bakili Muluzi’s government and an AFORD member of parliament for several years of his life. His PhD dissertation Presidential leadership in Malawi has provided me much insight and instruction over Malawi’s foundations and Dr Hastings Banda’s leadership.

The other political figure, I choose not to mention – for reasons that are somewhat complicated.

Apart from those two people, my older brother was also a politician, although he died prematurely at 29 years of age, before he even had a chance to contribute his ideas on the floors of the Malawi parliament. An uncle, Roger Nkhwazi also had an ‘interesting phase’ as a member of parliament for Mzuzu, although that’s a story for another day.

In my professional life, living in Britain, I’ve found myself running a small but demanding business – specialising in intellectual property and technology, a process that has ‘force-fed’ the fundamentals of business, capitalism and technology into my psyche within a very short space of time.

In my day-to-day affairs, I follow the teachings of prominent figures and leadership coaches. Personalities such as Strive Masiyiwa, Mo Ibrahim , Richard Branson, and Steve Keating, I find their insights, instruction and leadership bites interesting, relevant and invaluable. Then there is the good number of friends and acquaintances, whose wit and knowledge of history, technology, politics and life in general never cease to amaze me. Some of them are well-connected, meaning some of them are WELL CONNECTED. Sometimes it can be who you know, not what you know that will open doors.

Then there are the trips abroad, several to the US, and one to  China as part of a UKTI business trip to the Shanghai Expo. Add to that the TED talks and many other inspirational material from global thinkers and leaders – enlightening, worth every second.

So whether for ill or not, the circumstances that have shaped my life up until this point have led me to a point where all of the above: from historical fate to personal and instructional excursions into history, politics, governance and leadership, have provided me with a unique understanding and a perspective over these subjects, and more.

Unique enough to recognise a bad political decision from a good one. Unique enough to know the factors, rules and catalysts of economic development in the 21st century; unique enough to identify and voice concern when politicians, business folk or other  leaders have been dishonest, shy with the truth or are clearly wrong. Unique enough to appreciate the deepest convictions and desires of mankind, whether in Africa,  Asia, America or Europe.

And while there are many highly educated and well-informed commentators out there, some of whom also happen to have acquired insights and knowledge that is worth sharing, surely it would be somewhat selfish and shortsighted for them to hold onto all their knowledge, and not disseminate it when they have the opportunity to do so?

That is precisely why I chose to share my ideas, and those of others via Malawi Ace.

0 comments on “Why Malawi Ace”